We all rise together - Satanic Ojai

The damned want to rise together and rule the world

Among satanists and witches, they have a saying, which is, WE ALL RISE TOGETHER. As in the Beast and the fallen rise from the pit, as per revelations. Of course, they use it for themselves as a meme for becoming better and all that, implying they are at some low place and are rising to heights of achievement, power, promotion, whatever they say it is, actually. Whatever they say it is.

If you do a search on the phrase, you see it everywhere.

But its origins began with Alister Crowley and the Church of Satan. The latter, along with the Process Church (a coven of serial killers, from which the Son of Sam guy and Charles Manson hails from to name just 2 of their more famous alumni)

The other day, while coming into Ojai from Santa Paula on highway 150 I noticed a nice big new sign just before you drop into the valley. WE ALL RISE TOGETHER

Now, as longtime readers know, I've explained that this little valley of ours is really one massively connected collection of covens exceeding over 200 groups. Not counting well known private schools with satanic affiliations that openly teach witchcraft. These signs ARE CODE. To other satanists, as this is a big saying or meme with these people. For example 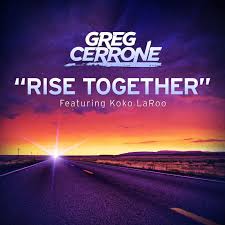 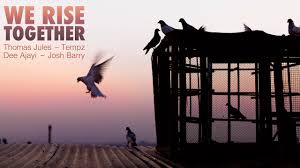 The LGBTQFUKO crowd is big on this one, and that fits. At first blush, it sounds like a affirmation of positivity. Nothing could be further from that reality. Once you look into and research the satanic network, you find all these little isms they use to communicate in plain sight, so that others know, they are IN THE COVEN. None of this is organic.

If your group or thing is using, and you are NOT satanists, remember back to which member of your group first proposed this as your group's slogan, even if just for a season. There's your witch. Because spreading their corruption among the blind is something they consider a big victory of sorts, as a kind of "these idiots are pushing this and they call themselves Christians. HA HA HA. You understand what I am saying.

But that's just part of this article.

I've been saying for years that Ojai is wholly populated with satanists to a reality of better than 97%. And I can prove it.

Every October, in the valley below my domicile. Almost every single house down below has Halloween (witches sabbath known has samhain) decorations, lights, grave yards, the whole deal. You name it and they  have it going on. By the end of the first week of October, it's Halloween hell. You can see it after the sunsets and all the lights and stuff - like they do for Xmas - come on and they  really make a big deal out of it.

Except for this year. Instead of the few hundred houses and done to the max. Only TWO HOUSE have any kind of Halloween decorations. Now this is not some kind of organic natural change. Sure some people might choose to pass on doing it up this year. BUT ALL OF THEM? Except two???

What it means is that the word has gone out by the covens...no Halloween displays this year. It's the only way you can explain the entire CITY not doing Halloween. Because it is not just the houses visible from here, but every part of the valley. Nothing. Except the very occasional house.

In other words, the only houses still doing it, and on my drive all over the valley I counted only four houses with decorations, are the ones NOT in the Satanic Network. And there is your oblique proof that this valley is under strict control by the satanic network. It's like a light switch was turned off on Halloween this year. And those that have decorations are not disobeying...they just ARE NOT UNDER NETWORK COMMAND. Because one thing satanists demand and GET, is obedience. OR ELSE.


So when I tell you this valley is satanist central, and every weekend lesbian witches descend upon this place to do the nasty, here is your proof. One of many proofs.

Now watch them all rush to get up their halloween blather. Go ahead, makes no difference to me.

Are you going to do the same thing with christmas? Because I also noticed that there were no fireworks going off in the neighborhoods this year, unlike other years, as kids do. And also, every single one of your OFFICIAL firework thingies was only 20 minutes instead of the usual hour. So, you are cutting down all the west's traditions, even though in essence - save for thanksgiving - they are satanic events and doings.

Ahhh... I see. It's the whole middle east illegal alien invasion thing. They don't get these holidays and and such. So to make their new reality more..."acceptable" you are removing everything that culturally defines the west, even if it means doing away - publicly at least - with your own satanic celebrations.

Wow. this whole jihadi invasion thing is THAT important to your plans.

it's worse than I thought.

Posted by Juicing and Raw Foods Sunboy at 7:44 PM

Email ThisBlogThis!Share to TwitterShare to FacebookShare to Pinterest
Labels: Halloween is a satanic holy day for the damned, samhain 2019, Satanic Ojai, We all rise together
Newer Post Older Post Home