Posted by Juicing and Raw Foods Sunboy at 7:32 PM
Email ThisBlogThis!Share to TwitterShare to FacebookShare to Pinterest

Posted by Juicing and Raw Foods Sunboy at 5:03 AM
Email ThisBlogThis!Share to TwitterShare to FacebookShare to Pinterest

SHROUD A NEW ASTONISHING PHENOMENON DISCOVERED IN THIS FIND

Posted by Juicing and Raw Foods Sunboy at 10:35 AM
Email ThisBlogThis!Share to TwitterShare to FacebookShare to Pinterest
Labels: SHROUD A NEW ASTONISHING


This super moon has some problems. For starters, it set this morning at sunrise in the extreme southwest, far from the path of the ecliptic. Ball earthers and "settled science" swear that is impossible. They say the moon NEVER deviates 3 degrees from either one side of the ecliptic or the other.

The palm tree on the left is the marker revealing where the moon set and where the sun set, later.

You can see that the moon is far and away from the ecliptic. And they knew it was coming because all night the planes flew overhead with a strong wind from the ocean blowing heavy chemtrails to try and obliterate the moon over Los Angeles.

But, then, as the moon descended. The winds shifted directions and thinned all that chem soup out making the moon visible.

Posted by Juicing and Raw Foods Sunboy at 9:45 PM
Email ThisBlogThis!Share to TwitterShare to FacebookShare to Pinterest
Labels: Last Super Moon of 2020 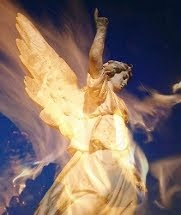 While we study these end time signs and events we need to keep in mind one thing. That Yeshua will come as a thief in the night (1 Thessalonians 5:2). In saying that these events are supposed to be sneaky and pass by if we aren’t looking. Nearly all scholars that are watching for these signs are missing them because they believe that these events would be quiet prominent in the news and the world surrounding them. Yeshua can’t come as a thief in the night if these events are so easy to distinguish.

For instance, the First Trumpet that got fulfilled in November started in the beginning of the tribulation in September of 2017. One third of the grass and trees burned took over two years to fulfill that prophecy right under our noses. It’s not like we woke up one day and boom!…1/3 of trees and grass was on fire.

When we read verse Rev. 8:8 most of us would probably assume that meteor (Fiery Rock) will hit one of our oceans to fulfill this trumpet. But knowing that the earth is flat there is no such thing as a meteor because there isn’t space. But Yahuah could definitely form a gigantic blazing rock in heaven and cast it in a ocean. Now, if this happens the media either would not show it or say it was a meteor to push the space/alien agenda. If this was shown on the news it would be to easy for Christians to assume that the second trumpet just was fulfilled, thus doesn’t work with 1 Thess. 5:2. If it wasn’t shown on the news then we would have to look for the repercussion signs like earthquakes and tidal waves.

This is the more likely scenario because it is natural and would be easier to miss by most people as a trumpet prophecy. As of right now there are 45 active and ongoing volcanoes. Many of them have been erupting/exploding recently:


Instant repercussions to look for
If either of the scenarios we discussed happened two big catastrophic events would be happening earthquakes and tidal waves. Depending what ocean it happens on we should see tidal waves hitting the beaches surrounding the area. Massive earthquakes on the land masses nearest to the event as well. These would be good signs to look for in case we didn’t see the initial 2nd trumpet event, due to the media not covering it etc.

Following repercussions to look for
Regarding 1/3 the oceans turn to blood, sea life dying and ships destroyed. Now we might not see these things right away. If they all happened instantly on the same day wouldn’t it be too obvious? It might take months or years to fully fulfill. Like the first trumpet it took two years to fulfill and most of us missed it.

Also, another thing to think about: are all these events directly tied to the fiery mountain being cast into the ocean or not? Or, will it be a Krakatoa event that darkens the sky for three years and poisons oceans at a single go?