POPE FRANCIS could fulfil what would be the final piece of a 900-year-old doomsday prophecy this year, according to a source close to the Vatican leader.

POPE FRANCIS could fulfil what would be the final piece of a 900-year-old doomsday prophecy this year, according to a source close to the Vatican leader.

After all his overseas visits were cancelled due to the pandemic, the Pope is set to make what will be his first trip in more than a year. Vatican spokesman Matteo Bruni said the Pontiff will visit Baghdad, Iraq’s capital, and Ur, a city linked to the Old Testament figure of Abraham. The 83-year-old will also head to Erbil, Mosul and Qaraqosh in the Nineveh plains, during his trip in March 2021.

But some do not expect it to happen.

Francis took over the papacy in 2013, following the resignation of Pope Benedict XVI – a controversial move and the first of its kind in more than five centuries.

And a source close to the Church claimed he could do the same thing.

Austen Ivereigh, the former Director for Public Affairs of the previous Archbishop of Westminster – Cardinal Cormac Murphy-O'Connor – claimed: “I don’t think there’s ever been any doubt that he will resign in 2020.

“He made clear from the beginning that he regarded Pope Benedict’s (XVI) act as a prophetic act of great modesty and he would have absolutely no problem in doing the same."

Mr Ivereigh pointed out a speech made by the Pope where he said he would have "a short papacy of about five years".

But the writer added: "What I’m hearing now from people close to him is that he’s going to need seven years to achieve his five-year plan and that, of course, would mean staying on until 2020.”

The prospect of his resignation will no doubt leave some concerned as it could apparently fulfil a 900-year-old prophecy made by 12th-century Archbishop Saint Malachy.

In 1139, Malachy left Ireland for Rome to give an account of his affairs, where he reportedly received a strange vision about the future, including the names of 112 future Popes.

His prediction concerning the 111th pope, Pope Benedict XVI, was "Gloria Olivae," which means "the glory of the Olive".

The Order of Saint Benedict is also known as the Olivetans, which many claim makes Malachy's prophecies correct.

But his prediction for the 112th and "final" Pope was more concerning.

It read: "In the final persecution of the Holy Roman Church there will reign Peter the Roman, who will feed his flock amid many tribulations, after which the seven-hilled city will be destroyed and the dreadful Judge will judge the people. The End.”

The father of the current pope was Pietro, or Peter, and was from Italy even though the family moved to Argentina.

VATICAN CITY (AP) — The Vatican on Monday declared that it is “morally acceptable” for Roman Catholics to receive COVID-19 vaccines based on research that used cells derived from aborted fetuses, guidance that came after some churchmen in the United States argued that such products were immoral.

The Congregation for the Doctrine of the Faith, the Vatican’s watchdog office for doctrinal orthodoxy, said it had received several requests for “guidance” during recent months. The doctrinal office pointed out that bishops, Catholic groups and experts have offered “diverse and sometimes conflicting pronouncements” on the matter.

Drawing on Vatican pronouncements in past years about developing vaccines prepared from cells derived from aborted fetuses, the watchdog office’s statement was examined by Pope Francis, who ordered it to be made public.

The Catholic Church’s teaching says that abortion is a grave sin.

Arch. Wenski allows himself to be vaccinated with the Pfizer-BioNTech COVID-19 vaccine that was tested on the kidney cells of a baby girl murdered through abortion in the 1970's.

If she'd lived she would now be around 45 but she was not allowed to benefit from her own organs https://t.co/gteuHOzDUJ 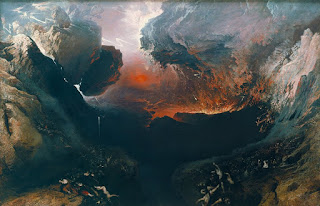 Posted by Juicing and Raw Foods Sunboy at 10:37 PM