Coming together and the zombie switch Elul 24

Coming together and the zombie switch

There has been a new direction in all the vax regret videos in the last few weeks. A plea to COME TOGETHER and join the vax tards for reasons never specified. They want to be included into the second of the now two very obvious groups of people on Earth.

This is a coven thing. They know that in following the coven directives about getting vaxxed up and then shaming everyone around them every chance they get has only created these two obvious groups on Earth. The pure bloods are generally those gentiles and Christians grafted into the BRANCH (Yeshua) whom have steadfastly refused the Mark of the Beast weapon put out by the NWO gang of devils.

They want to join our group, be allowed in as though they were pure bloods when they are knowingly NONE. And why?

To get inside. To poison. To misdirect. And to kill us when we foolishly bring the walking damned into the circle of trust, which they have spent their entire lives doing everything in their power to bring corruption, death, and blasphemy into this world.

Trannies, phreaks, vax weapons, spreading white hate and genocide, and destroying the cultures of the world for their one world government. It's these men and women—following coven orders—who have done this, as everyone can see all around them. The blue/purple hair gangs of nasty lesbians and phreaks push push push that agenda forward night and day, destroying decency and our children; and that without letup.

They are appealing to love and compassion and gosh, shouldn't we all just pretend we are one big happy family, all working toward the common good?

Sure sounds nice when you write it out or put out an impassioned video with that regret filled droopy face. All these regret videos have one single common denominator I've noticed. They are all coven assets; witches; nephilim hybrids. Every single one of them.

The timing and new attack and play on our compassion is not accidental. It's of a purpose. As explained above.

So, it's up to you. If they use their voice to wake up others, well and good. But make sure you see precisely that. Are they still pro abortion, pro gay, pro trans, as they usually are?

You already know the answer to that. It's all over their soul, for anyone to read.

But know this, too. One day, they'll throw that zomboid switch. And on this wise.

Then there are the chimera, black eye baby gang that the covens are raising in secret. Oh yes. Notice how all the black eye baby videos of last year have dried up? The orders have gone out; all coven assets of black eyed babies must turn them over to be raised by someone they do not know, and they are happy that little johnny or janie is going off to coven camp to be turned into the next level of human, all those WEF gimps were ranting about.

Mindless, mimicking rakes are one thing, but this gang of Nephilim phreaks is going to be quite something else for those who find they must live through the Greater Tribulation (after the seventh trumpet). They literally will be those beings who walked during the days of Noah. Bred by demons for a demonic spring.

They actually have a name for that time: THE BLACK SPRING OR BLACK RISING.

And it's not about people of African heritage either.

Then the war against the Saints begins, as was foretold in Revelations and Esdras.

That is if we haven't starved to death yet or been killed by millions of African roaming gangs moving among the cities and suburbs. It's one of the many reasons for the mass migration thing; our killers are among us. Just look at what is going on in Europe on a daily basis; gangs of thugs raping and killing and the police do nothing and the MSM is silent.

This is all by their design.

Fortunately, Our Father has His design. And He loves His children.

PS I just found out they were raising the black eye baby gang in the DUMBS. Hahahahaha. 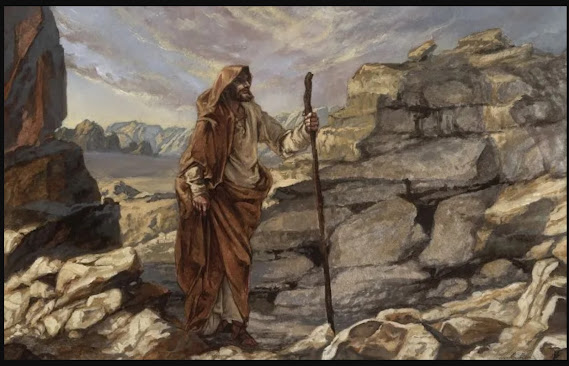