Day 3 of fasting and prayer Elul 24 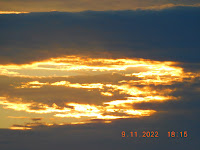 He gave over his decision on the nukes. Which is what I was on about over this whole mess. No nuclear weapons against the people. A great many of us have been praying over this dirty business. I intend to finish this third day until sunset, the end of the day.

This is the third time prayer stopped a very public great hideous event:

In short, not in September.

5So the people of Nineveh believed God, and proclaimed a fast, and put on sackcloth, from the greatest of them even to the least of them. 6For word came unto the king of Nineveh, and he arose from his throne, and he laid his robe from him, and covered him with sackcloth, and sat in ashes. 7And he caused it to be proclaimed and published through Nineveh by the decree of the king and his nobles, saying, Let neither man nor beast, herd nor flock, taste any thing: let them not feed, nor drink water: 8But let man and beast be covered with sackcloth, and cry mightily unto God: yea, let them turn every one from his evil way, and from the violence that is in their hands. 9Who can tell if God will turn and repent, and turn away from his fierce anger, that we perish not?

10And God saw their works, that they turned from their evil way; and God repented of the evil, that he had said that he would do unto them; and he did it not.