Lost technology and doubt about our times

Lost technology and doubt about our times

In the last year, many reveals about lost technology that we once had and has been removed and hidden from our now time has come to light. This awareness is a good thing. However, the devils whom are behind this are Satanists and those promoting the same are either dupes or cutouts, being used to sell their real intentions on the matter.

But first, what am I talking about? The release in the last 18 months of what we had in the past and that which was quietly removed from the world, history books, and general knowledge abroad.

All this awareness is now being made abroad, as are flat earth and other realities.

They've added to it, that if all this was hidden, how do we know what year it is and what time it is. And there is a point to it, too. This is the hand of the dark side.

The Edomite jewbies have the date offset by over 200 years, to mislead people into thinking end times are far into the distant future. This is a lie. Easily proved out. 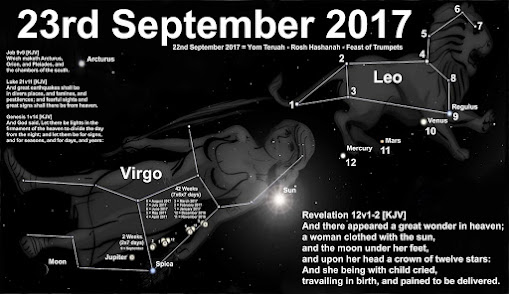 The revelation 12 event, which occurred on September 23rd 2017 was the time stamp that made sure, by the celestial markers in heaven, that these ARE THOSE DAYS, that our Father has spoken about by every prophet, including the Son of God Himself, Yeshua, in which we find ourselves.

New Moon Fall started Autumnal Equinox Revelation 12, begins at sundown on Friday the 22nd, through sundown the 23rd on Saturday.

This was the REV12 event I refer to so very many times.

This is to yet further confuse and mistrust the Holy Word and is leaving people—who fall for the spell—into a downward spiral of hopelessness. And the satanic agency shills and cutouts are running with this DOUBT ATTACK big time and are sending out spells and blasphemies against Dad and His trusted people.

Even the so-called break out truther sites are running with this, using all the evil craft at their disposal to sell the message of

Hey...what can we REALLY trust?

You trust in His Word and His reveals as He gives over in scripture and is proved out in the world for all to see. That is what you trust. Always.

Avoid the shills, assets, and bastards selling the hopelessness angle. They are devils and need to be rebuked, and in some cases, brought under immediate and severe judgment.

Our Father says on the matter.

In Distress, I Sought YHVH

2In the day of my trouble I sought YHVH: my sore ran in the night, and ceased not: my soul refused to be comforted.

3I remembered God, and was troubled: I complained, and my spirit was overwhelmed. Selah.

4Thou holdest mine eyes waking: I am so troubled that I cannot speak.

5I have considered the days of old, the years of ancient times.

6I call to remembrance my song in the night: I commune with mine own heart: and my spirit made diligent search.

7Will YHVH cast off for ever? and will he be favorable no more?

8Is his mercy clean gone for ever? doth his promise fail for evermore?

9Hath God forgotten to be gracious? hath he in anger shut up his tender mercies? Selah.

10And I said, This is my infirmity: but I will remember the years of the right hand of the most High.

Posted by Juicing and Raw Foods Sunboy at 11:56 AM
Email ThisBlogThis!Share to TwitterShare to FacebookShare to Pinterest
Labels: articles by Don Bradley, Lost technology and doubt about our times, tamuz 14
Newer Post Older Post Home