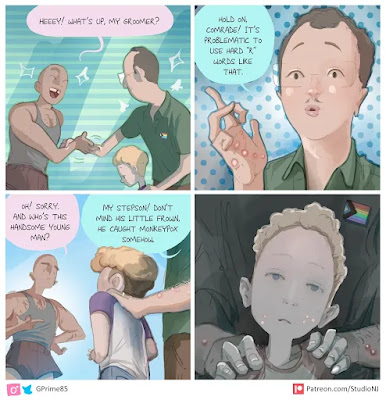 Are you still loud and proud? Of course you are. You revel in your debauchery. So be it. Your attacks upon the children is quite sufficient and it will stop, one way or the other.

Remember...the only children getting this - as being pushed by the satanic MSM - are coven kids being diddled by their trans fluid parents. Not regular folks. You see plague on the face, the heart is of the beast.

LUKE 17:29
But the same day that Lot went out of Sodom it rained fire and brimstone from heaven, and destroyed them all.

2 PETER 2:6
And turning the cities of Sodom and Gomorrah into ashes condemned them with an overthrow, making them an ensample unto those that after should live ungodly;

JUDE 1:7
Even as Sodom and Gomorrha, and the cities about them in like manner, giving themselves over to fornication, and going after strange flesh, are set forth for an example, suffering the vengeance of eternal fire.

ROMANS 1
26 For this cause God gave them up unto vile affections: for even their women did change the natural use into that which is against nature:

27 And likewise also the men, leaving the natural use of the woman, burned in their lust one toward another; men with men working that which is unseemly, and receiving in themselves that recompence of their error which was meet.

28 And even as they did not like to retain God in their knowledge, God gave them over to a reprobate mind, to do those things which are not convenient;

32 Who knowing the judgment of God, that they which commit such things are worthy of death, not only do the same, but have pleasure in them that do them. 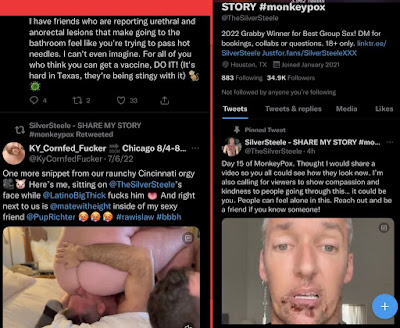 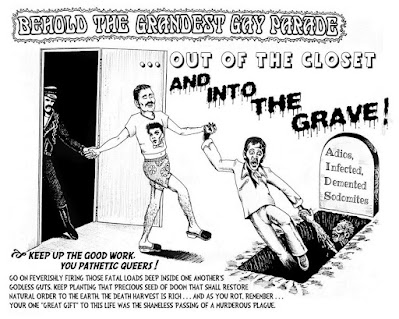